Starter Sets are the best, most cost effective way to get into the hobby. It is also a great way to expand one's collection of track, trains and to get additional digital controller. All starter sets we sell come with US 120v power supply.

Model trains come in many different sizes, called “scales.” The scale of a model is its relative size in proportion to the real thing (called the “prototype”). For instance, HO scale models are 1/87th the size of the real thing. If you had an HO scale model of a forty-foot boxcar, you would need 87 of them to match the length of the real thing. The distance between the rails is called the gauge. In the real world, “standard gauge” is four feet, eight and a half inches inside-to-inside between the rails. In the model world, HO trains run on track gauge that is only .625″ wide, scaled down from the real thing. 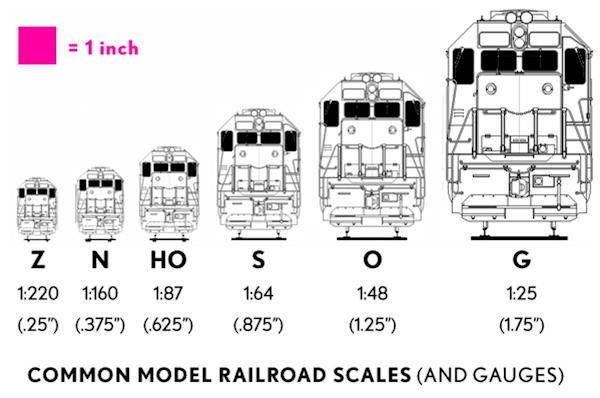